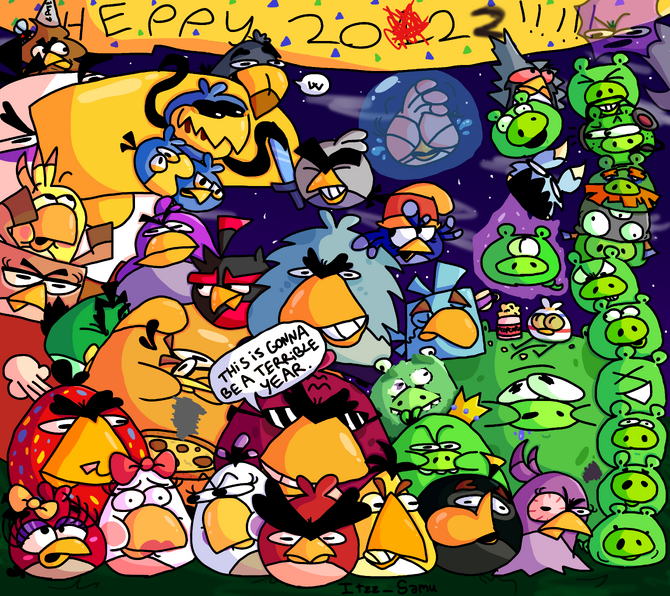 The Pud Biggies™ have stolen the un-born babies of the Amgry Burds™!

They must get them back by committing vehicular manslaughter and make an entire species extinct!

The game actually has lore connected to the plot lmao

Here it goes i guess

The year was 1993, and Rod is going to a bar because he's a fucking loser, gets drunk and meets Motinda. Then he's like "AWOOGA THE OPPOSITE GENDER!!" and since Motinda has nothing to do she invites Rod to her house (a lab) and they have the funny sploinky action but since she's smart she doesn't get pregnant and puts his funny white substance in a machine and creates an egg, than after that Motinda says "you know what? fuck you. Wedding time" and they get married, in a span of time they adopt Stolla (smells like piss) and Motinda makes 2 other different eggs: a good and bad one, but they immediately hatch into Cuck and Bob (as full grown adults) and this makes things go to shit, first of all (in the year 2000), Rod and Motinda get a divorce (FUNNY MOMENT!!1!!), and Bob starts living with Teronc (Rod's brother) and sends him to military school 2 days later lol. As for Cuck and Stolla, they go live with Rod (that's why they turned out so shitty later in life). Anyway 3 unborn babies later REALLY BAD SHIT HAPPENS, the first egg they make hatches (Da Bulz), and друг is unleashed into the world. Now after Bob accidentally gets into the wrong plane (he was going to Teronc's house in Miami) and after the pilot of the plane goes offcourse thanks to друг, BOOM...yeah that happened...(and Bob gets the blame for it), Bob goes to jail for 2 years (so much time!!!). a few months after Bob is freed from jail, the mafia boss Kimg Big steals the other 3 unborn babies and this is where the game takes place. Rod recruits, his children (?) Cuck, Bob, Stolla and Da Bulz, his ex-wife Motinda, his brother Teronc and his 2 high school friends Bobble and Hel to commit vehicular manslaughter and make an entire species extinct! This is where the game starts lol oh yeah after that the other games happen 👹 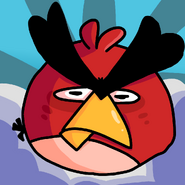 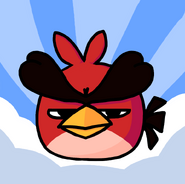 A remade version of the new icon (Current)

Rod: Being a lazy frick

Cuck: Fast (not like Sonic just a little less strong)

Bob: Being a nuke

Hel: Spins like a freesbee and comes back (totally not a boomerang)

Stolla: Cries and makes bubbles out of her own tears

Murica: For only 75.98 $ you can summon him through a satanic ritual by sacrificing some sardines and he will beat a level for you:)

(DLC) Wendell: Does the RTX poopoo s**t (It can somehow make you win 5/3 stars in a level)

(DLC) Alex Burd: Diamond sword from minecraft and is good at rock climbing

Crisp: ISNT EVEN IN THE FREAKING GAME YOU IDIOT ITS AN ADVERTISING BIRD

Mot: SAME THING AS CRISP AND RUPISS YOU FREAKING IDIOT

Pompei: Makes a bad joke and slams into the ground with an EPIC DRUM SOLO

Window: Spindash (not like Sonic just a little less strong)

Dania: Teleportation and ALSO BEING A NERD!!1!1!!

The (VERY) original version of the glock before the concepts

The Concepts for the glock 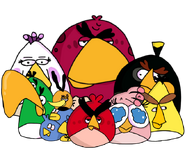 a twitter thread that confirms the game to be modded soon

The (FAKE) NFT for the game 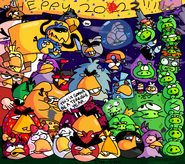 The official final designs used in the Amgry Burds Movied