Angrybird6752 is Red and Chuck combined. He is male. Character made by a fan (Angrybird6752).

Angrybird6752 is Chuck and Red Combined (Half Red and Yellow), He is Male. He has 2 Red/Yellow Crust Feathers on top of his head.

He's a nice, funny, caring bird. He was born on October 5th. He also hates sharing the year he was born in because its annoying. he also was a subject held hostage by an overgrown cockroach when he was born.

He likes to call himself with Beans because he likes them.

He uses the abilities of both Red and Chuck and he uses them to dash and push those buildings away in a flash.

6752 was born as an egg in bean island. kidnapped by a pig in a dark robe and an overgrown cockroach, he was forced to be tested on after he hatched. a few years later he met all his friends and many months after some adventure he went back to visit bean island again to eat bacon.

Met while angrybird6752 drew some angry birds. he said its cool and they chatted about the things they liked.

Carter met 6752 during a festival in bird street. it marked the last few weeks of bird school for the year.

Lucas met 6752 when they were in fourth grade. they both had similar interests. so they became friends

while Lucas and 6752 were playing together, they found watermelon. he is funny and they became friends in a flash.

Kaleb had no friends at the time he met 6752. so to make it up for the fellow bean 6752 was kind enough to become friends with him.

Met while angrybird6752 was being beaten up by some rude birds that made fun of his name. Faith decided to step in and take action

Met while 6752 visited Rundown Island. They became good friends after 6752 was drawing.

Don met 6752 while being transported to bird island to steal some eggs (before ABM2).

Sketchy met 6752 and introduced him to Jordan. since they already met sketchy decided to introduce herself and became pretty good friends.

Cupcake is 6752's sister. They were born in separate eggs but by the same family. and reunited while cupcake "kidnapped" 6752. 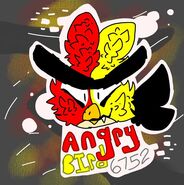 Art by his sister 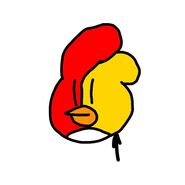 With Secretary of Bean (Art by Jordan) 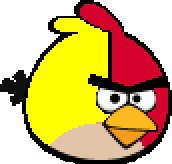 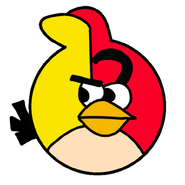 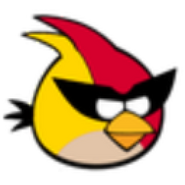 Space Form
Add a photo to this gallery

Retrieved from "https://angrybirdsfanon.fandom.com/wiki/AngryBird6752?oldid=189739"
Community content is available under CC-BY-SA unless otherwise noted.