Matilda as C-3PO (power: breaks up into pieces)

Metal Bird as PZ-4CO (power: breaks up into pieces)

The Blues as X-Wing Pilots (power: splits into three)

Metal bird as K-2SO (power: breaks up into pieces)

New bird as Eadu Chirrut Îmwe (power: blaster, can target up to three enemies at once)

Bomb as Baze Malbus (power: blaster, can target up to three enemies at once)

The Blues as Rebel Troopers (power: splits into three)

The Rise Of Skywalker Birds

Pig as Captain Phasma (power: blaster, can target up to three enemies at once)

Pigs as Death troopers (power: blaster, can target three enemies at once)

The Rise Of Skywalker Pigs

Chapter 9: To the Jedi Master

Chapter 2: The Master on Ahch-To

Chapter 3: Explosion of the Resistance Bridge

Chapter 5: Handing off the Plans

Differences from the movies

Pedro Pascal as The Mandalorian

Like with Angry Birds Star Wars, Angry Birds Star Wars III had a book produced by National Geographic by Amy Briggs. It included five chapters, The Pork Awakens, The Last Jedi Bird, The Rise of Red Skywalker, Bird One and Ham Solo's Story. It was released on November 16, 2020.

When you go into the game, instead of the big triangle start button, there will be a button that says MOVIE. Once you tap/click it, a menu will appear with five options. They should be THE FORCE AWAKENS, THE LAST JEDI, an option that says THE RISE OF SKYWALKER that is locked, ROGUE ONE, and SOLO, which should be available. Once you click an option, it will bring you to those chapters/episodes. Example: If you tap THE LAST JEDI, it will bring up Evacuation of D'Qar, The Master on Ahch-To, and so on. Each option has it's own loading screen. The movie button was added due to not enough story coverage in the first two Angry Birds: Star Wars games, and each "movie" has 5-9 chapters rather than 1 or 2 like before. This also is the reason for more cutscenes. 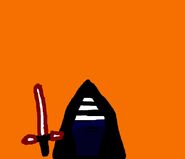 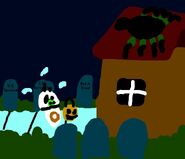 The app icon around Halloween 2020. 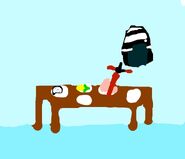 The app icon around Thanksgiving 2020. 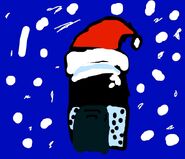 The app icon around Christmas 2020. 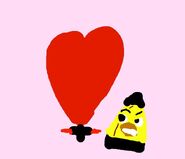 The app icon around Valentine's Day 2021. 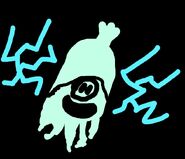 The app icon around Halloween 2021. 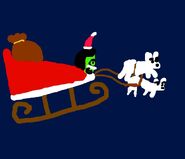 The app icon around Christmas 2021. 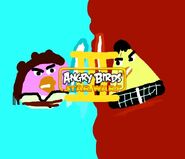 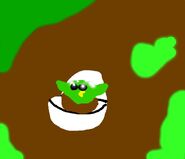 Concept art for "The Child"
Add a photo to this gallery

Link to the series page

Retrieved from "https://angrybirdsfanon.fandom.com/wiki/Angry_Birds:_Star_Wars_III?oldid=191843"
Community content is available under CC-BY-SA unless otherwise noted.