Not to be confused with Angry Birds 3

Angry Birds 3: The Final Flocktier is made the third game in the Angry Birds series by Rovio and Nevrade Entertainment and Mirage Programming. The sequel game is Angry Birds: Out of Darkness.

Bomb - Has an explosive temper!

Bubbles - May have an inflated ego!

Hal - What comes around, goes around.

This game takes place two years after Angry Birds 2. The pigs are at it again! The pigs have stolen the eggs, and the birds have to get them back. The pigs have also stolen the Golden Egg from Golden Island, which Stella and her friends try to get back. Bubbles' Flock returns in this to take back a stolen Diamond Turtle which was found on the Mysterious Island. Soon after, Isle Cirrocumulus is discovered and has several new biomes similar to All Terra, it is rumored the Mysterious Fire Bird lives there.

The eggs are stolen first and the original flock go after the eggs, Stella's flock is the second to be disrupted when the Golden Egg is stolen, and then Bubbles' flock try to return the old turtle relic before it's too late, but it shatters and the birds have to collect the Eggs, the Golden Egg, and the fragments of the Diamond Turtle. If the Turtle isn't collected quickly the islands will sink into the ocean, or so they say.

The Birds are unsuccessful in collecting the Diamond Turtle pieces. The Pigs gather all of the pieces before them and take them to a secret machine created by Piggy. The Pigs commence a ritual to revive the Ancients. The Pigs are successful and bring back the Cows.

The Cows are surprised that they are brought back and help the Pigs. The Pigs and the Cows then leak information that the eggs were at All Terra in the Coal Plains. The Flocks soon make their way to the Coal Plains, but this is what the Cows wanted. The Pigs and the Cows surprise the confused Birds and start a battle. The Flocks are realizing that this is it and decide to take out as many Pigs and Cows as possible. Red leads the charge against the enemy Swine and gain some ground. Soon the Cows take out the Diamond Turtle. The relic is cracked and active. The Cows activate it and the Diamond Turtle shoots out light beams out from its shell. The turtle causes All Terra to crack and split in two. The Cows were quickly gaining ground and the Birds were desperate. The Mighty Eagle soon notices this and comes to the battlefield. The Flocks were in serious danger and were about to be killed when the Mighty Eagle gives his life to save them by pushing the Cows off the cliff along with himself. Chuck, Matilda, Gummi, Callahan, Goldy, and Hal all were killed in the battle. Soon Red ordered a retreat back to the Pigstruction Castle. The remaining survivors all mourn for the dead.

Meanwhile, the Pigs have been enslaved by the Cows. The Cirrocumulus are supportive of the Cows and many join the search for survivors. Many important Pigs are kept in prison for propaganda, like King Smoothcheeks. Soon a rebellion arises in the camps and The Trio escape, along with Daisy. The small group retreat to the Eagle Mountains, where Piggy starts on a new invention. Zach is confused and helpless and says the inventions won't help this time. Iggy is severely depressed, while Daisy tries to cheer him up.

Back with the Flocks, Red is still in shock of what happened, Bomb is crying over Chuck's death, Bubbles is feeling responsible for Gummi, Callahan, and Hal's deaths. Holly has quietly drifted off to a cave. The flocks are still in shock, the Pigs and the Trio are in a mess, the Cows are preparing to take over the world and no one in this universe could stop them.

The core gameplay is the same as Angry Birds or Angry Birds 2, as you fling birds at pigs to get the eggs back. You are able to play as all birds from the main games, and even new characters. The game has two sides you can play as, the Bird Side and the Pork Side. These sides allow the player to play as either birds or pigs. Monumental Magma Zone is an example of this, only allowing the player to play as the Pork Side.

The rooms from Angry Birds 2 return in this game, as well as the card function. There are multiple rooms in a stage, after popping all the pigs in the first room, a second room will appear and onward. Birds in Angry Birds 3: The Final Flocktier, can be obtained by scoring enough points to get an extra bird. You earn points by destroying Pigs and objects.

Bosses work similar to Angry Birds 2 and Angry Birds Space, but with an extra twist. The bosses can move around and jump to dodge birds, to counter this the slingshot moves automatically to follow the boss. Bosses can take several hits and are tough to take down. There are also mid-bosses. These boss-like enemies act in similar ways to a normal boss but can be defeated quicker. They always appear in the second theme in level 15. 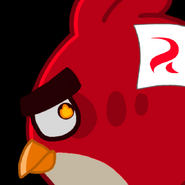 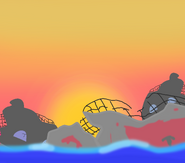 Ruins of the Fleet 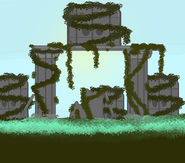 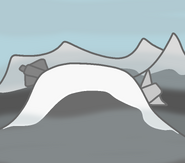 Mountain in the Sky 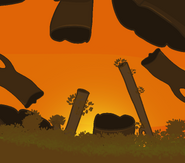 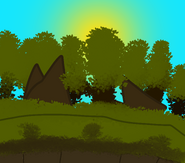 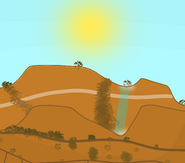 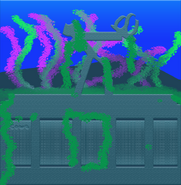 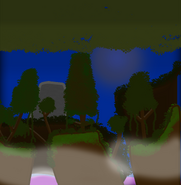 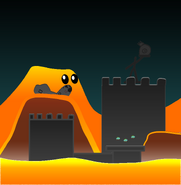 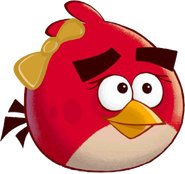 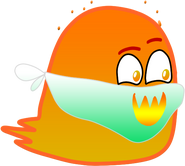 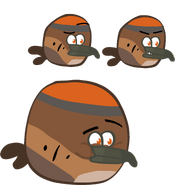 How Gummi appears in this game. 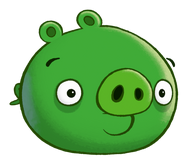 A Minion Pig as it appears in the game. 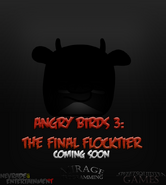 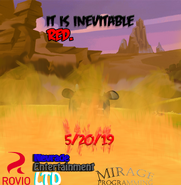 It is Inevitable
Add a photo to this gallery 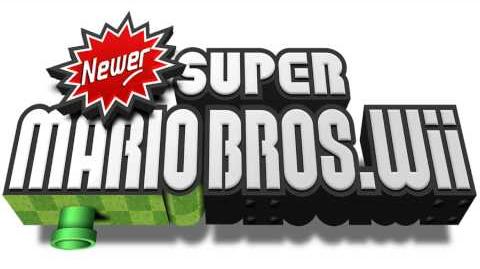 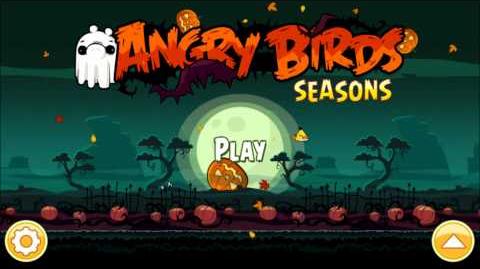