Angry Birds Building is one of Redbird07's Games.

You can create Episodes, Achievements (Only on iOS) and Levels! 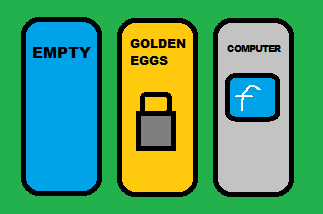 You can add a Bird. Use an original Bird template, or draw it yourself! Pigs, same as Birds. Items, You have a selection! Or, draw your own! After making a Cutscene, you can preview it to see if it is good. Then, save it. 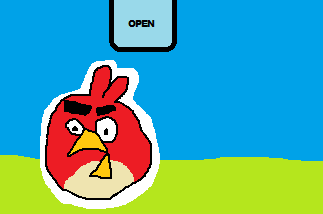 You have the Cutscene, the Episode Bar will say "Episode1". Tap it, and tap the empty Level box. Use items to build a level.

Ok, you have a level. But Episode1 is a bad name for an Episode. Double tap on it's name to change. If the phone has a keyboard, pull it out to rename the Episode. Otherwise, tap the letters and name the Episode!

People know your game. Do they want it? Tap the Computer Episode and you can start making the Game's price. Once you set a price, people can buy the game as an in-app pruchase of this app. Otherwise, use the Share Episodes to sell your game there.

Now, people can buy the game as an in-app purchase. But you need MOAR excitement! Create new Levels/Episodes. If you create enough things for an Update, a button saying "Start an Update" will appear. Tap the "Start an Update" button.

Name the Game! Names are what pull people's fingers! Just go to the Main Menu, double-tap the name, then rename the Game! It will make an update.

What is it!? Is what people will ask themselves when seeing the Game. So a description pulls people's fingers to the "Install" or "Buy" button. Ok, maybe not "Buy", but still!

You have a VERY big Game by now. Well, you should. If not, work harder. You will get there soon. Trust me. Winning a game of Mario Kart is...sorry! Ok! You should have enough things in the paid version to sell a FREE version! Tap the Computer Episode, then tap "Create a Free Version".

You need to create more versions of your Game. Like Seasons, Rio, Space. That will make people MORE happy!

Retrieved from "https://angrybirdsfanon.fandom.com/wiki/Angry_Birds_Building?oldid=106021"
Community content is available under CC-BY-SA unless otherwise noted.