Angry Birds Color Adventure is a game of Angry Birds saga.It was released in June 2015. All service begins when The Blues inadvertently dropping several pots of paint at sea. The sea begins to glow with the colors and fall events, like Angry Birds Space, the three are sucked into a black hole. After arriving Red, Chuck, Bomb, Matilda, Bubbles and Stella, who are sucked into the black hole as well.

Then the pigs, who were hiding behind some bushes, watching the eggs agoram were alone, were to catch them. But also were accidentally sucked into the portal.

Later, Terence, Hal and Crystal (Ice Bird) came to the place where they had all been sucked and were surprised not to have anyone in it ... Until a storm begins to form and lightning strikes, teleporting them to the World of Colors, where the rest of Angry Birds are.

Characters of the game

6 characters in the game have early, but then, in the midst of adventure, others as Hal and Terence are released.

Color Red - Red, to be sucked into the black hole gains special powers of all colors, besides its the red.

Rainbow Chuck  - Chuck receives the powers to create a large rainbow tail when activated, this makes receiving a speed acceleration (like in every game, Chuck speeds).

Splash Bomb - Splash Bomb is Bomb in the game. His powers are received nothing less, which as always, explode. But with the small difference that it explodes a bomb ink.

Eraser Matilda -  Matilda appears only in Art Galery, along with Bubbles and Stella. She gains the powers, instead of throwing an egg heavy, shoots a big rubber that erases some structures.

Pencil Bubbles -  Bubbles wins in a power game not very different from its original, not to be that when it inflates, inflates with several pencil around, raising a little structures.

Gum Stella - Stella arrives soon after Bubbles in the game, gets powers instead of bubbles, making gum colored play structures away from the gum after use also burst, causing a small survey of structures.

Neon Terence - Terence appears only in Night Stars with Hal and Ice Bird. Terence receives the powers to send a burst of leisure structures before falling on them and destroy them.

Paint-brush Hal - Hal here has its normal power to fly like a boomerang. It is with a brush in his beak when he hits a structure and not to destroy completely, the ink makes it acidic melt.

Colored Egg - Colored Egg is a character available only in the bonus levels. His power is to open the black hole to suck ink things.

Grey Ice Bird - Ice Bird gets the power to send a burst of bright colorful ice. After sending the blast, he wins a super shine and explode.

Watercolor Eagle - Destroy all enemies of one level.

Enemies in the game

Pigs, to be sucked into the black hole, also receive some special powers, and besides them, there are also some other enemies in the game. Bad Piggies:

Grey Enemies- The Grey enemies, are the other enemies in the game,they want to use the power of the Angry Birds eggs energy to make the world colorless, gray, nothing. 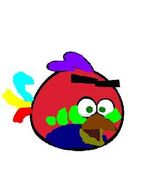 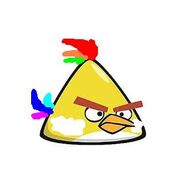 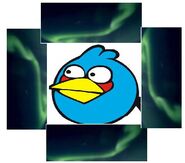 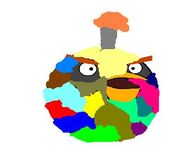 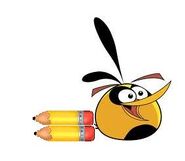 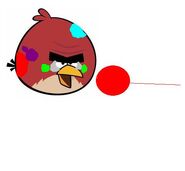 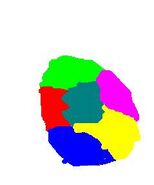 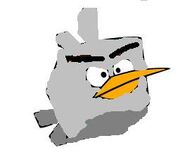 Watercolor Eagle
Add a photo to this gallery