Angry Birds Medieval Times is a game made by Rovio and Waluigiw99 Studios.

The story starts by Peasant, Young peasant, and Knight bird were protecting The Eggs, until Queen Pig and Prince Porky orders Wizard Pig, and Sir Knight Pig to steal The Eggs. Wizard Pig orders Peasant Pigs to help out. Once the eggs are stolen, Knight Bird is also stolen. Once you save Knight Bird, you go throughout the next levels until the next cutscene. You meet King Bird being Entertained by Jester Bird, then the Birds ask them to help. Then you play the level with Knight Pig and defeat him. Then Wizard Pig rages and asks Prince Porky to help out. After defeating Wizard Pig for the first time you find Wizard Bird and Dragon Costume Bird, Wizard Pig manages to escape. Then King Bird finds Prince and Princess Bird. Meanwhile you start to Encounter Prince Porky to defeat him, Afterwards Wizard Pig gets even madder and ask Queen Pig to help, Though she refuses because she knows she'll encounter the Birds. Then when you Defeat Queen Pig, Wizard Pig gets so mad he turns into Demonic Wizard Pig. Where he so strong it takes Knight Bird's strike, And King Bird to defeat him. When you defeat him you finsh the game. 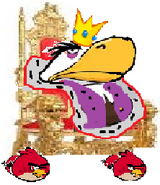 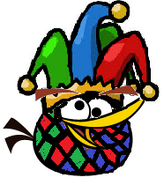 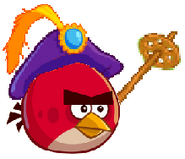 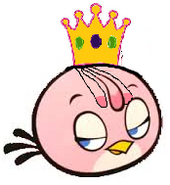 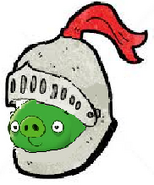 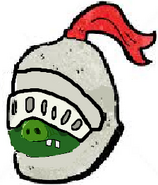 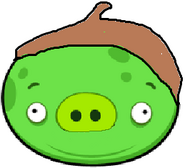 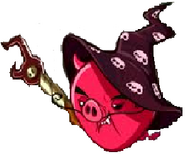 DEMONIC Wizard Pig
Add a photo to this gallery
Retrieved from "https://angrybirdsfanon.fandom.com/wiki/Angry_Birds_Medieval_Times?oldid=114385"
Community content is available under CC-BY-SA unless otherwise noted.