BOOM! Blocks are blocks similar to TNT boxes, but they can send birds flying if the wrong bird is used. 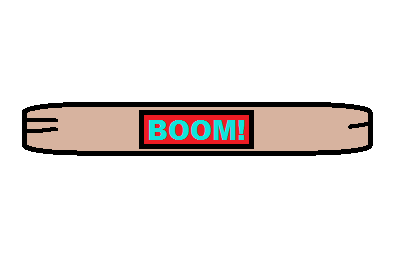 Above: One of the Wood BOOM! Blocks only Red Bird can break.

All other birds hit it.

Retrieved from "https://angrybirdsfanon.fandom.com/wiki/BOOM!_Block?oldid=108621"
Community content is available under CC-BY-SA unless otherwise noted.