This episode is from the new series Angry Birds: World, it is the fourth one and the featured location is Mexico. The backgrounds are mayas' pyramids and mexico streets.

After following the Firework Rocket in Hollywood, they appear in Mexico, and King Pig disguised himself and will eat the egg in the top of a maya pyramid.

He is defeated in the maya pyramid but the maya pigs choose him as the leader of the tribe, allowing King Pig to control them.

When Going eat the eggs, Boomerang throws pepper at him and takes back the eggs, the King orders to maya pigs destroy the birds and retrieve the eggs

The Birds do everything to stop him, but King Pig is not easily defeated, he escapes with the emergency button of the rocket... and crash in a hill on South America. He smiles as he see he is on a Ghost Town. 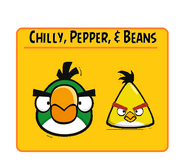 King Pig will eat the eggs!
Add a photo to this gallery 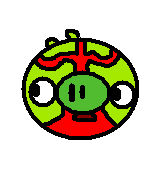 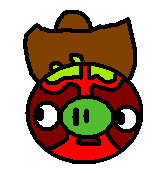 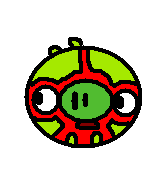 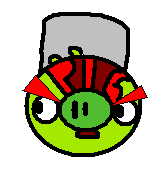 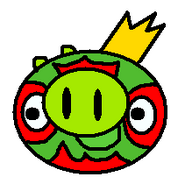 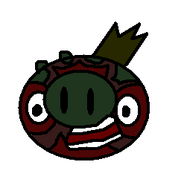 King Pig after pepper attack
Add a photo to this gallery

Retrieved from "https://angrybirdsfanon.fandom.com/wiki/Chilly,_Pepper_and_Beans?oldid=62653"
Community content is available under CC-BY-SA unless otherwise noted.