"Green Eggs and Ham" is the first episode in Angry Birds Food Bash! The Slapping Brown Bird and the Aqua Vaccum Bird were introduced in this episode. It was released on March 2, 2015, and contains 20 levels.

Hal was watching the eggs, then the pigs ambushed him with a load of green ham and stole the eggs. The pigs took the eggs and went to an island full of food and a kitchen. 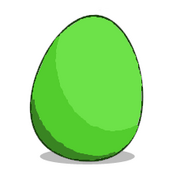 The background of the episode
Add a photo to this gallery

Retrieved from "https://angrybirdsfanon.fandom.com/wiki/Green_Eggs_and_Ham?oldid=144803"
Community content is available under CC-BY-SA unless otherwise noted.