Indigo Bird (A.K.A Flame Bird) is a bird that is darker then the Blue Bird but lighter then the Purple Bird. His power is to peform indigo blast that can turn pigs into flames.

Little more about Indigo Bird's Life is before the events of Angry Indigo. He lived in Rainbow Land like his team. He is the second bird in his team that born (First being Sliver Bird.) He hatched from the eggs. Later, when Slam Bird was born, Sliver Bird made a class and tell them to defeat the hardest pig made out of magent. The two birds kept on practicing and finally, they can defeat hardest pigs. 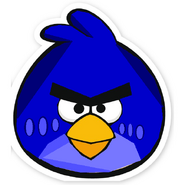 The Cut-Out (Front Side) 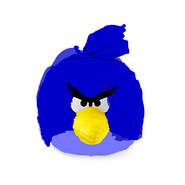 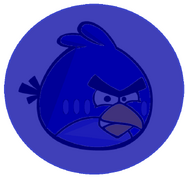 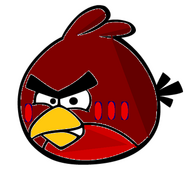 Indigo Bird's Evil Brother and also the oppisite. (It isn't Red Bird)
Add a photo to this gallery

Retrieved from "https://angrybirdsfanon.fandom.com/wiki/Indigo_Bird?oldid=68795"
Community content is available under CC-BY-SA unless otherwise noted.