If you really knew what you were doing then you would’ve crushed those Snorting Porks by now.

September (previously was going to be named Primary) is a male bird. He's a part of Aya's flock.

When September was a young hatchling, he loved to learn. He was always curious about all sorts of things, specifically learning how to write. Some would say that he was a mentally gifted birdy. While most birds his age at the time dreaded school, September was always excited to learn something he hasn't learnt before. With this knowledge of his however, a lot of the other students would ask him over and over again to help them with their homework, either because they genuinely needed help, or they just were too lazy to do it on their own and wanted to use September. And of course September was also teased a lot for his brains. September got annoyed by this very easily, and because of that he hardly talked to anyone at school and just focused on his work. September eventually met Wave and Aya in high school. He overheard the two talking about the ongoing bird vs pig war and their goals, and was somewhat intrigued. He went up to the two girls to share his thoughts on the events. A few weeks after the three got to know each other, they formed their flock.

September is a very smart bird. Whenever the pigs attack, he likes to share his various strategies with the other birds. He has multiple scenarios up his sleeve, just in case if one doesn't go according to plan. Though he enjoys being with his friends, September is rather closed off and spends some time alone. In his spare time, he loves to write in his personal journal. September writes down every key event that happens in a day. His entries usually talk about his flock, defeating the bad pigs (or what he calls “Snorting Porks”), his new plans and ideas, or just simple rage rants. Which brings us to his flaw. He's extremely easy to anger. September has a habit of picking fights with someone who gets him mad, whether it be a pig or another bird (on the bird side of the spectrum it's usually Chaitalee), but the moment you hurt one of his friends he goes ballistic. He's asked a lot about his magic pencils, and if others can borrow them. He usually obliges unless if it's his special pencil.

September has a stash of pencils he uses to throw at the bad piggies. His pencils work in a similar way to how The Blues split up, only stronger. September launches a pencil. It splits into three and they fly in different directions. September also has a magic pencil he calls his “Special Pencil”. His special pencil has the ability to erase things from existence and has the ability to make anything it draws come to life. September only uses that pencil for special occasions. 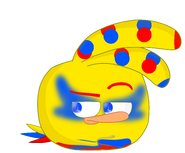 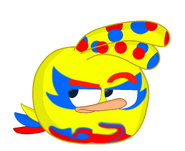 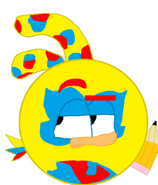 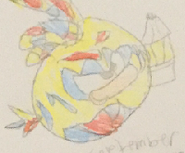 September's Normal Pencils (they also come in blue and red) 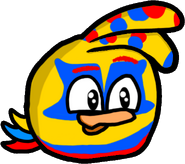 September in Angry Birds: A Silver Lining
Add a photo to this gallery
Retrieved from "https://angrybirdsfanon.fandom.com/wiki/September?oldid=204039"
Community content is available under CC-BY-SA unless otherwise noted.