Shadows vs. Blast is a Russian fan-made web comic in the Angry Birds Universe written by General Argeon (Russian: Генерал Аргеон). The story tells about the fight of the Dark Agent clan and the "The Winged Pig". It was translated to English by Tacos2 (Russian: Такос2) and Kovacs Rorschach. 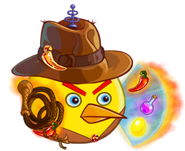 Fry Ogny - An adventurer from Piggy Island who can control fire and do other interesting things. 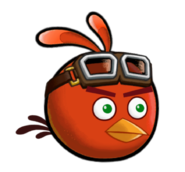 Raimy - Ogny's friend and chief bird scout. Despite that, he wasn't sent to do serious tasks. 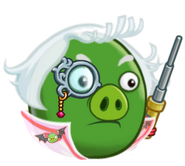 Whiter - Chief scientist of "The Winged Pig". He secretly hates the Nightmare Knight. 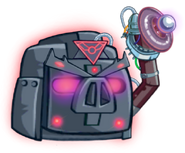 Nightmare Knight - The new leader of "The Winged Pig". He is a very mysterious character. 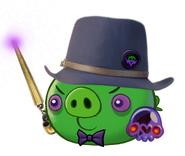 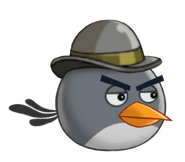 Conrad - An ordinary detective from a Bird City. It is told that he had already dealt with “The Winged Pig” once (but don't be sure about that). 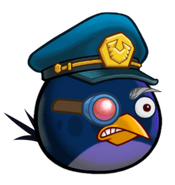 Officer Crowly - A policeman with a suspicious reputation. The secrets he keeps remain a mystery. 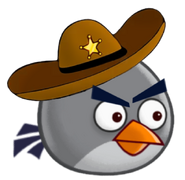 Detective Owl - An exemplary Russian policeman. Although his methods are very strange, they work.

Detective Pig - Detective Owl's partner. Not as smart as him.
Add a photo to this gallery 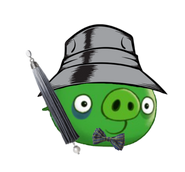 Swine Petrovich (Also known as Peter Svinovich and Khryak Khryakovich) - A pig that works as a postman for birds. He has a very strange personality. 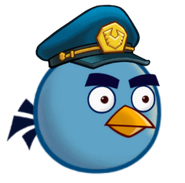 Policebird - An ordinary policeman from Bird City which can be found everywhere. He is useless.
Add a photo to this gallery 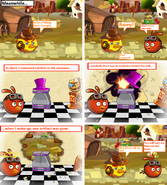 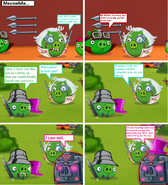 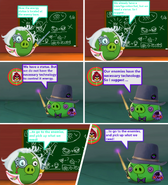 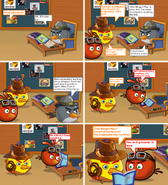 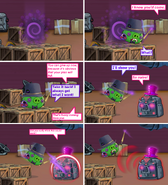 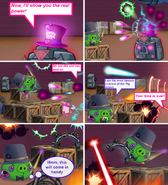 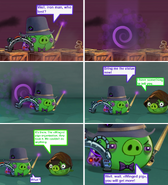 Part 12
Add a photo to this gallery

Retrieved from "https://angrybirdsfanon.fandom.com/wiki/Shadows_vs._Blast?oldid=179566"
Community content is available under CC-BY-SA unless otherwise noted.