he has a crown a robot arm 7 eyes a jetpack (even if it can't use it) a fat pig tattoo and a zombie eye (probably got it from a hit from the mighty red bird). he's as big as death bird! 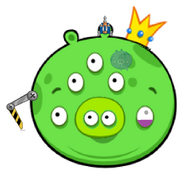 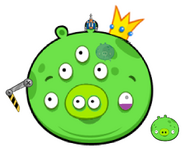 super mega pig and his egg from king pig 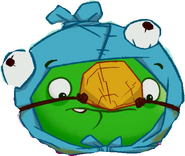 he tried dressing up like a deadly bird once, but the costume choked him so he took it off 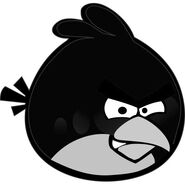 his arch nemesis deadly bird
Add a photo to this gallery
Retrieved from "https://angrybirdsfanon.fandom.com/wiki/Super_mega_pig?oldid=102130"
Community content is available under CC-BY-SA unless otherwise noted.