Toon On was a event that happened in 2017.It was meant to commemorate the shutdown of Toons.Tv .This website was shut down in Summer of 2017.According to Angry Birds Twitter the website was going shut down in 1:00 a.m. and they will continue with there YOUTUBE channel. Many fans have been sad or confused with the news, some also said that this was a joke. In 1:00 a.m.,Toons.Tv was shut down along with a message that says:"404 ERROR. Thank you for watching Toons.Tv. Toon on." 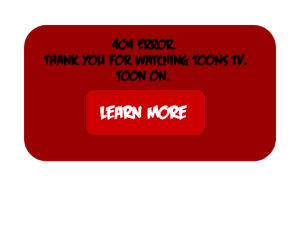 Retrieved from "https://angrybirdsfanon.fandom.com/wiki/Toon_On?oldid=112849"
Community content is available under CC-BY-SA unless otherwise noted.