Welcome to the second board of Upcoming Event: Cerdan's Board Game Blast!

Each player must roll two dice in order to move, they can roll two normal dice, two customised dice, or one of each. Once done so, the player moves and the next player's turn starts.

Here are the spaces and what happens if you land on them.

Whoever ends up with the most coins after ten turns wins.

Here are the randomly generated numbers by the players to see who goes first. 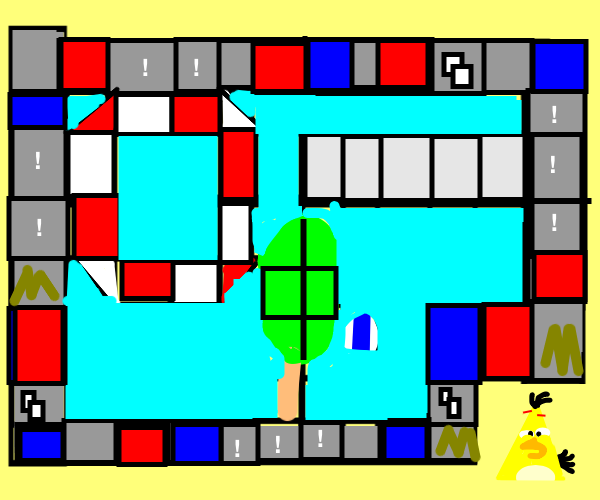 Retrieved from "https://angrybirdsfanon.fandom.com/wiki/Upcoming_Event:_Cerdan%27s_Board_Game_Blast!/Chuck%27s_Beach_Party?oldid=149550"
Community content is available under CC-BY-SA unless otherwise noted.