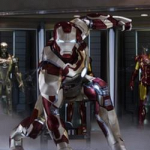 Know Every about cp

I am the president, owner and founder of the multinational enterprise Stark Industries™ that created develops high tech items, mobiles, tablets, apps and formerly weapons.

My enterprise partnered with Rovio to create games such as Angry Birds: World. They start partnering on January 2015 for the development of Angry Birds Around the World.

I think I am good in graphics and I have great ideas. I like to finish a game before starting to create another one, but sometimes I can't resist.

I had an idea to create a group of people who would help each other creating games to make users to join creativity + ideas + graphics + hardworking. It worked for a good time, but now, things are starting to get strange.

Retrieved from "https://angrybirdsfanon.fandom.com/wiki/User:Know_Every_about_cp?oldid=66635"
Community content is available under CC-BY-SA unless otherwise noted.