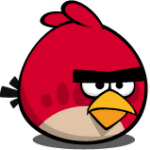 Pain is temporary, anger is forever. Hey, my name is Red, hope we'll get to know each other better and leave me alone Slams Door

I have a Battle Cry...that's it. Did you expect something like the force? Or even Lightsabers??

Cardinal, nothing more nothing less

I'M THE SIZE OF A BASKETBALL!!

Combo- I met Combo on Discord a few months ago while my server was still brand new new. I made a couple of birds based off of his (Steve being Plum's brother and a recolor, and Inferno being Blaser's love interest.

Yoshi - I met Yoshi on discord as well, I believe. Me and him aren't really close friends but we partnered are servers and he's helped suggest things in my sever.

Steve the Lighting Bird - This IDIOT is named Steve. Don't know who he is or what he is? Neither do I. Steve has helped me and my Flock with some battles. He also makes good toast!

If you ever want to use my characters for your game/TV show/etc. That's fine with me as long as you ask. 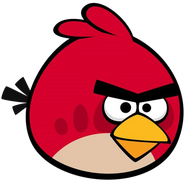 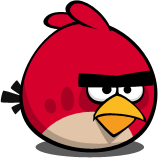 Haven't had my coffee yet

GET THAT CAMERA OUT OF MY EYE JIM!

No Plum! Don't turn me into marketable plushie, AHHHHHHH-

What are you looking at Fuzzhead!? 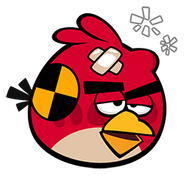 I'm not a crash test dummy
Add a photo to this gallery
Retrieved from "https://angrybirdsfanon.fandom.com/wiki/User:RedTheBird2009?oldid=196623"
Community content is available under CC-BY-SA unless otherwise noted.