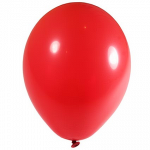 I am a person who like to change this description too often. That's the type of person I am. Surprisingly squids aren't my favorite animals, that would go to foxes, but Squids are close behind. I probably like foxes too much, but whatever.

I probably won't be leaving this wiki anytime soon. A Silver Lining is nowhere near done! Once it is over... then... I don't know. I have made many objects. Many of which I've worked with a certain Fox.

To anyone who wishes to use my characters, use them. No permission is necessary.

Angry Birds: Out of Darkness:

Bovine, (such a cool name for a useless character) (Fandom Creeper)

Favorite Character that I made:

Weird Message of the month:

Angry Birds - Classic music! The only thing wrong with it is that it only has two tracks or so.

Angry Birds 2 - Almost perfect. The only thing wrong with it is that it doesn't have enough tracks.

Angry Birds POP - Really good music. The "credits" and the Boss themes are some of the greatest in the series.

Angry Birds Seasons - This is pretty much the perfect game for songs. It has a different song for every theme! All of the themes are great. (Summer Pignic, Cherry Blossom, and PiggyWood Studios are the best themes)

Angry Birds 3 - Wait this one doesn't exist.. yet.

Things you should know about me

Retrieved from "https://angrybirdsfanon.fandom.com/wiki/User:SweetSquidTea?oldid=197204"
Community content is available under CC-BY-SA unless otherwise noted.