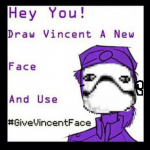 aka give your memes a good ol' rub

I have an idea for most of this wiki. such as Angry Birds Epic 5. so do not steal this idea '~'

Capt'n Pig is the mascot of this user (waluigiw99). His rival is Captain Red Beard. Because they are both greedy, they fight over Snoutlings, Lucky Coins, and Essence of Friendship.

Angrybirds720 (I feel bad for him being block Fer'evr (ev'arrr))

Aquantinces (sorry for the typo)

SpongeTechX (were starting to get along)

Cold andchilibean (Won't stop spamming and uses very bad grammar, and doesn't use * when swearing and instead uses a period).

Retrieved from "https://angrybirdsfanon.fandom.com/wiki/User:TheMangle420?oldid=84663"
Community content is available under CC-BY-SA unless otherwise noted.