As of right now, I’m sorta the “head admin” of the group. So ask me anything you need to know. Spare me the spams and trolls though; otherwise, you’re out of here.

Hello there! The name's Yoshi (or Reece, but I prefer being called by my username instead), but you probably knew that already. Anyway, I'm your average 20-year-old making art and videos. I am the creator of a whole Wall-E AU Wiki and have created one for the Angry Birds Series as well.

Come and find all the stuff related to my work on this wiki here: Category:Yoshi1219

"Can I Use your Characters?"

Of course, others are welcome too, though you'll have to ask me first since I am very serious about continuity, timelines, and stories, and I must have everything that happens explained and have a reason.

Yoshi can be very cocky and sarcastic at times. He is known to be blunt and not sugar-coat anything, usually just blurting out the first that comes to mind.

Due to many... issues he has gone through, he has little to no care for most dramas or arguments that occur. Choosing not to pick a side and stop the fights. Yoshi is also known to be very forgetful most of the time due to mental stress and anxiety taking a toll on him over the years.

He does have a sailor's mouth but tries to control it; he is an artistic person who writes out everything in-depth and makes lots of critiques. Yoshi is known to be self-centered at times for understandable reasons and has a low-trust issue due to some events that happened on DeviantArt. He also has OCD and ADHD (though that doesn’t mean he'll use that as an excuse for anything).

Though while he may try to be cheerful and funny, he can be very insecure and full of self-doubt and self-loathing, as well as having an Inferiority Complex. This is why he practically has no self-esteem. He tends to go through many issues in his life and is often shown to be quiet or invisible.

Anyways, I also share this AU with a good friend of mine whose name is PoppyWolfMoon. She currently isn't as much into the fandom as she used to be but still contributes to the work we've put in. 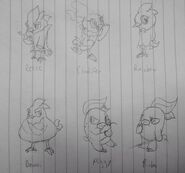 The Unique Flock with their Movie Designs. (Drawn by PoppyWolfMoon)

An animation for Super Yoshi.

An HD Remake of Hyper Sonic.

Some art I made involving my characters Reece and Wall-Z.

"Always by your side." 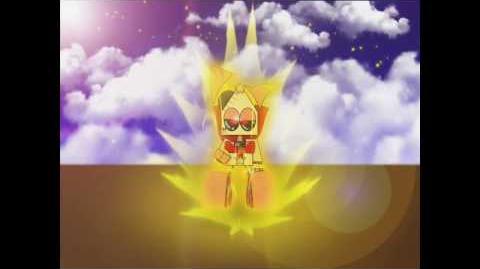 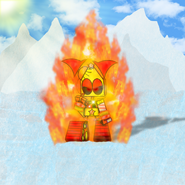 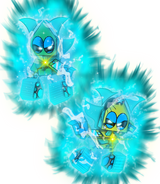 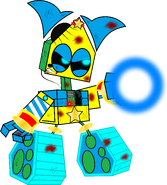 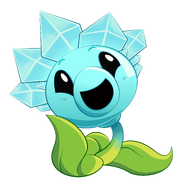 A drawing of Snow Pea me and PoppyWolfie worked together on. (It’s a good boi.)
Community content is available under CC-BY-SA unless otherwise noted.